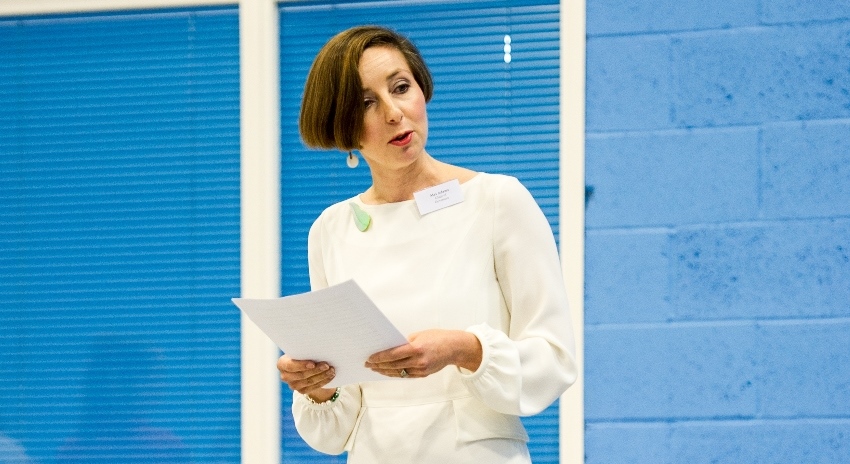 Jayne Adams joined the Governing Body in 2009 and became Chairman in 2015.  She was educated at Edinburgh Academy, the University of Durham, from where she holds a BA (Joint Honours) in French and Italian, and the College of Law.  A practising solicitor since 2003, she is a partner at McCarthy Denning, principally advising charities of all shapes and sizes on charity law and practice, constitutional and governance matters.  She also runs her own consultancy.  Jayne undertook her solicitor training at BDB Pitman (then Bircham Dyson Bell) and spent more than ten years at the firm, practising charity law.  Prior to joining the legal profession, she worked in international conference organising.  An experienced trustee and non-executive, Jayne came to know Walthamstow Hall through her work and is delighted to serve on the Governing Body. 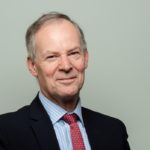 Nigel Jepps joined the Governing Body in January 2013.  He was appointed Chairman of the Premises Committee in January 2014 and became Vice Chair in January 2016.  He was educated at Oakham School, Ludlow Grammar School and Fitzwilliam College, Cambridge.  He holds an MA in Natural Sciences and a PhD in Materials Science.  Following three years post-doctoral research at Cambridge University, Nigel joined Unilever as a Research Scientist.  His career in Unilever involved twelve years working in France, where he was appointed to the Board of Elida Fabergé, France.  He moved back to the UK to take up the position of Vice-President of Research and Development for Unilever’s global Hair Care business.  Nigel also holds a BA Hons in Politics, Philosophy and Economics from the Open University.  He has lived in Sevenoaks for fifteen years and has two children who were educated in both France and the UK.  Nigel is a Fellow of the Royal Society of Chemistry.

Christine Crosley joined the Governing Body in February 2019.  She studied at a Grammar School near Wigan, and has a BSc in Economics from the University of Bristol.  Christine has over 35 years of commercial experience, gained primarily from working in Shell’s Oil Trading Division, where she traded physical cargoes of oil before developing the company’s derivatives trading & price risk management business.  Following her retirement from Shell, Christine continues to maintain links with the oil industry via her position on ICE Futures’ Brent Oversight Committee.  Outside of professional work, she is the team manager of both the England U18 Girls’ Squad as well as Sevenoaks Hockey Club’s Ladies’ 1st XI.  She is a Vice-President of Sevenoaks Hockey Club and sits on a number of its committees.  She has two daughters, both of whom attended Independent Schools in south London.  Mrs Crosley became the nominated Link Governor for Careers in late 2020. 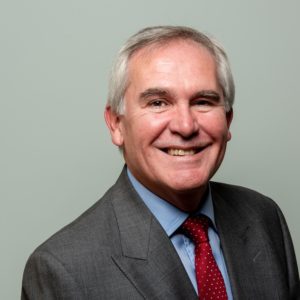 Alun Evans became Chairman of the Communications and Curriculum Committee in February 2004, having joined the Governing Body in 2001.  Alun was educated at St Dunstan’s College and University College Cardiff.  Following graduation he entered the investment management industry, having worked for and been a Director of Capel-Cure Myers, Carr Sheppards Crosthwaite and latterly Quilter Cheviot, from which he recently retired.  Both Alun’s daughters attended Walthamstow Hall Junior and Senior Schools.  He is Chairman of the Community Foundation in Wales, a Trustee of UK Community Foundations and a Non Executive Director of City Natural Resources High Yield Trust.

James Froud joined the Governing Body in January 2020 as a parent-nominated Governor. He was brought up in Sevenoaks and has lived in the town for most of his life, attending Sevenoaks Primary School and then Tunbridge Wells Boys Grammar, before reading law at Southampton University.  He qualified as a solicitor in 2002 with Eversheds, specialising in HR and employment matters, then moved to Bird & Bird in 2006, where he was made partner in 2014.  He is now partner and Head of Employment at McCarthy Denning, advising businesses and individuals across many industries on a range of sensitive workplace issues.  He has two daughters; one in the Junior School and one in the Senior School, each having started at the nursery.

James is the nominated Safeguarding Governor. 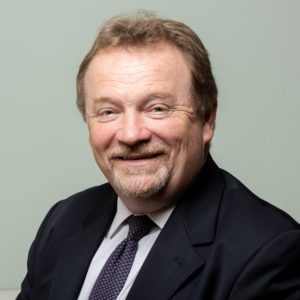 Peter Gloyne became a Governor in 2003 and currently serves as Chairman of the Finance Committee.  He was educated at St Edward’s College, Liverpool and Sidney Sussex College, Cambridge and holds an MA in Economics.  Peter has worked in the banking industry for 34 years and has lived in Sevenoaks for 16 years with all three of his daughters having attended Walthamstow Hall.  He is also Chairman of the Trustees of the Northern Trust Company Employee Retirement Plan. 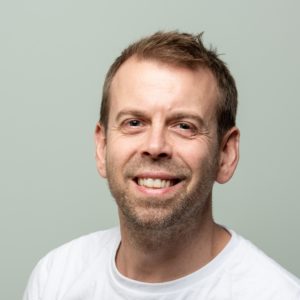 Simon Heather studied Economics and Management at Corpus Christi College, Oxford before joining The Judd School, Tonbridge in the mathematics department.  After two years at The Judd, Simon taught maths and lectured economics at Holborn College in London, until 2006 when he joined the full-time staff at St Nicholas Church, Sevenoaks, in his current role as Youth Minister.  For several years he has been a regular speaker at prayers in the Senior School at Walthamstow Hall. 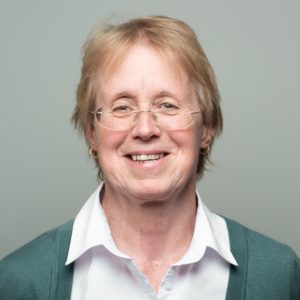 Janet Joynes became the staff-nominated Governor in January 2016. Formerly Senior Deputy Head at Walthamstow Hall for twelve years until her retirement, Janet was educated at grammar schools in Wrexham and Bury St Edmunds and read History at Southampton University.  Her teaching career spanned forty years, mainly in the state sector, including schools in inner London, Tonbridge and Hong Kong.  She is very interested in all sporting matters and represented GSA schools in the south-east on the GSA Sports Committee.  Janet has two children – a son and a daughter – and lives locally. Her focus on the Governing Body is on teaching standards and sporting excellence.

Clare Kevis joined the Governing Body in 2008.  She was educated at public/grammar school and qualified as a Clinical Psychologist in 1983 (Newcastle University and the University of East London).  In 2002 she completed an Open University post qualification doctorate.  She has worked for Guy’s and Lewisham Oxleas NHS Trusts and for St Andrew’s Healthcare, a charitable organisation.  Since 1995 she has maintained a small private practice.  She is also a vicar’s wife and has an interest in spirituality/disability.  Her daughter attended Walthamstow Senior School where she was appointed as Head Girl in 2006/2007. 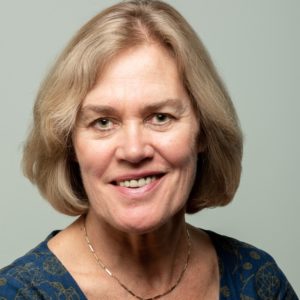 Sarah Lewis-Davies joined the Governing Body in 2017.  She was educated at St. Margaret’s School for Girls, Aberdeen, and the University of Edinburgh, where she read General Arts.  After graduating, she worked in advertising and public relations in Edinburgh, and after an extended period at a subsidiary of Saatchi & Saatchi she set up her own public relations consultancy.  When her husband’s work took the family from Edinburgh to Paris, she focused on bringing up a young family.  Whilst in Paris she helped to teach English to French school children at the local school where her daughters attended the maternelle section.  On return to the UK, her two daughters attended Walthamstow Hall Junior School and Sarah was involved in the Friends & Parents Association.  Until July 2018, Sarah worked as a teaching assistant at her son’s former prep school in Sevenoaks where, in addition to classroom support, she ran small groups for boys with English as an additional language (EAL). 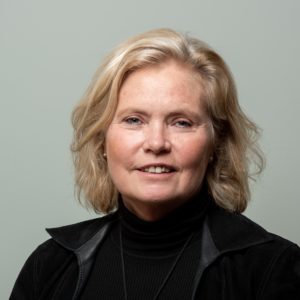 Belinda Rattray joined the Governing Body in September 2015.  With a background in marketing and public relations having worked for Shell SA, Concor Construction and Errol Fyfe PR, Belinda sits on the Communications and Curriculum Committee.  Educated in South Africa at St Johns DSG and Damelin Management School, she moved to England in 1994 and was involved with many local fundraising committees including Dorton House, Destiny of a Child and Hospice in the Weald.  In 2000 she started her travel company which is now in its 19th year.  With two daughters attending Walthamstow Hall, she became involved in the Friends and Parents of Walthamstow Hall in 1998, becoming Chairman in 1999.  She has since been a Trustee of the Friends and Parents for the past 14 years and brings with her a love and enthusiasm for Walthamstow Hall.

Bursar and Clerk to the Governors