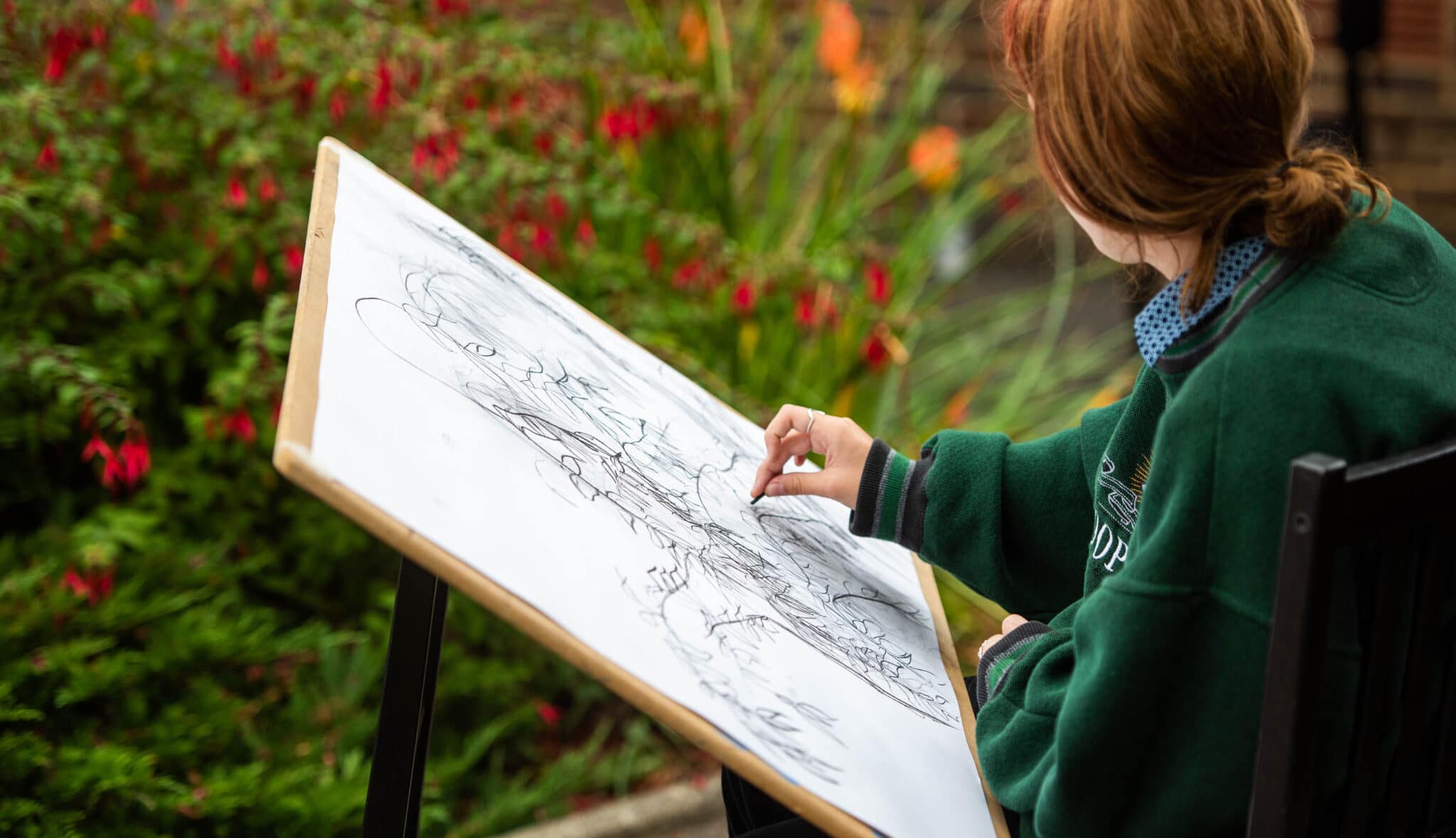 Walthamstow Hall Senior School is one of the UK’s top performing independent schools with a long-established reputation for identifying talent and achieving excellence in all areas.  The School’s winning combination of top flight teaching, motivated students, exceptional facilities and effective partnerships with parents ensures that every student becomes the best that she can be.  Since its foundation as a charity for missionary daughters in 1838 the School has maintained a strong ethos of making a Walthamstow Hall education accessible to talented students whatever their circumstances. Bursaries and scholarships can be combined.

The Bursary Fund is designed to ensure that students are not prevented from benefiting from or continuing with an education at Walthamstow Hall because of their family’s financial circumstances.

Bursaries are awarded by the Governors and the names of students in receipt of them remain confidential.  The School’s academic entrance requirements must be fulfilled.

Generous allowances are made where parents have more than one child at the School.

The Old Girls’ Science Bursary is open to students joining Walthamstow Hall in the Sixth Form who wish to study Science and/or Maths.  The Award is means tested and worth up to 25% off of the value of the fees.  This bursary is funded by contributions from former Walthamstow Hall students.

Successful candidates are required to demonstrate a strong aptitude for Science and/or Maths by performing well in Walthamstow Hall scholarship papers in Science and Maths.

One Old Girls’ Science Bursary is available each year.

Walthamstow Hall Senior School offers financial Awards to students who show exceptional promise academically or in sport, drama, music or art, or a combination of these.  This is determined through Walthamstow Hall assessments.  There are two types of Award; ‘Exhibitions’ are Awards worth a value of up to 10% of tuition fees and ‘Scholarships’ are Awards worth between 11 and 20%, per discipline, of tuition fees.  Students wishing to apply for Awards are assessed by examination, interview and, where appropriate, audition/practical assessment.  Awards worth 5 – 20% of the value of annual fees are usually the norm.  Recipients of Awards are referred to as ‘scholars’.  Sixth Form scholarships are available for Academic, Art, Drama, Music and Sport, and parents are able to apply for awards in up to a maximum of two disciplines.

At Sixth Form entry, candidates sit specific scholarship examinations consisting of a general paper and papers in two subjects nominated by the student and chosen from the following list: Maths, English Literature, Biology, Chemistry, Physics, History, Geography, Latin, Religious Studies, French, German or Spanish.  Award offers are made based on performance in these examinations and an interview.

A number of Academic Awards are available:

At Sixth Form candidates are asked to audition two instruments in front of a panel which includes an external adjudicator.  The student should perform with at least two instruments, the second of which can be voice.  Candidates would be expected to be performing at a minimum ABRSM Grade 7 level or equivalent in their principle instrument.  Candidates will also sit a written paper.  It is generally expected that the candidate will study Music at A Level if successful in winning an Award.

Music scholars are expected to attend all relevant orchestra and ensemble practices and to perform in and support all School concerts and Open Mornings.

For Sixth Form Sports Awards, skills and leadership skills will be assessed along with an interview with the Director of Sport, Headmistress and outside assessor.  References from two sports coaches/teachers will be requested.  There is no requirement to study PE at A Level.

Existing Sport Scholars (from 2024 for Year 7 Award holders and 2022 for Year 9 Award holders) will be invited to reapply for Sports Awards in Year 11 for Sixth Form.

Sports scholars are expected to attend all relevant School sports practices and coaching sessions, to represent the School when selected for matches and competitions and demonstrate exemplary sportsmanship and team work.  The participation and support of School sport will be reviewed annually and the continuation of scholarship support reviewed accordingly.

For Sixth Form, candidates will have an audition and an interview with the Headmistress, Head of Drama and an outside assessor.  For candidates from other schools a reference request is made to their current school regarding the suitability of the Award.  It is generally expected that the candidate will study Theatre Studies at A Level if successful in winning an Award.

Existing Drama Scholars (from 2022) will be invited to reapply for Drama Awards in Year 11 for Sixth Form.

Drama Scholars are expected to support the Drama department, performing in and assisting backstage in School productions.

In Sixth Form candidates can choose one of the three Arts disciplines.  Candidates need to submit a portfolio of work which will be assessed by The Headmistress and Head of Art/Textiles or 3D Design and an outside assessor.  They are also required to undertake work in controlled conditions and will have an interview with the Head of either Art/Textiles of 3D Design, the Headmistress and an outside assessor.  A reference request will be sent to the current school of outside applicants on the suitability of the Scholarship.  It is generally expected that the candidate will study Art, Textiles or 3D Design at A Level if successful.

The Lantern Award for Art is endowed by the Old Girls’ Association and worth £350 per annum for two years; it is awarded to a suitably qualified entrant to the Sixth Form.  Candidates will submit a portfolio of work.