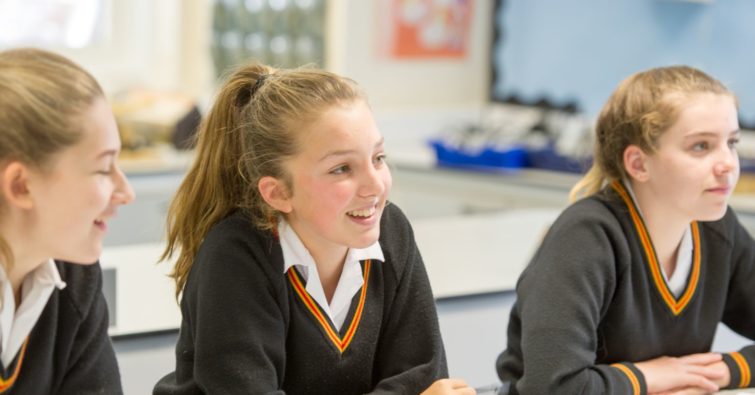 Value Added is the independently verified statistical measure which many schools in the UK, including Walthamstow Hall, use to track the academic progress of students from Year 7 to Year 11 and again from Year 12 to Year 13.

Alongside 444 UK maintained and independent schools Walthamstow Hall submits data to the Centre for Evaluation and Monitoring at Durham University (CEM) each year. They use the data to produce value added scores and a ranking for each school.

Schools provide CEM with two sets of data, five years apart. The first set of data is submitted when students join their senior school in Year 7. At this stage the students complete a Cognitive Ability Test (called MidYIS) which provides a baseline of their natural ability in different areas. CEM uses this data to predict the likely GCSE outcomes for each student. Five years later, the school submits the second set of data, the final GCSE grades of each student. The two sets of data, i.e. actual versus predicted grades are overlaid and the difference between the two gives the value added score. A value added score of plus one represents an improvement of one grade at GCSE.

Value added scores are a fantastic indicator of the quality of a curriculum and the teaching which delivers it.

In 2019, on average, across all subjects, Walthamstow Hall students achieved 0.5 of a GCSE grade higher than predicted at Year 7. This score placed Walthamstow Hall 19th out of 444 schools nationally and 15th out of 283 independent schools across the country.

Students are tested again at Year 12, using CEM’s ALIS test, to ascertain their ability levels at this stage. Two years later their final A Level scores are submitted for further value added analysis. In 2019, Walthamstow Hall was ranked in the top 24% of schools nationally for A Level value added.