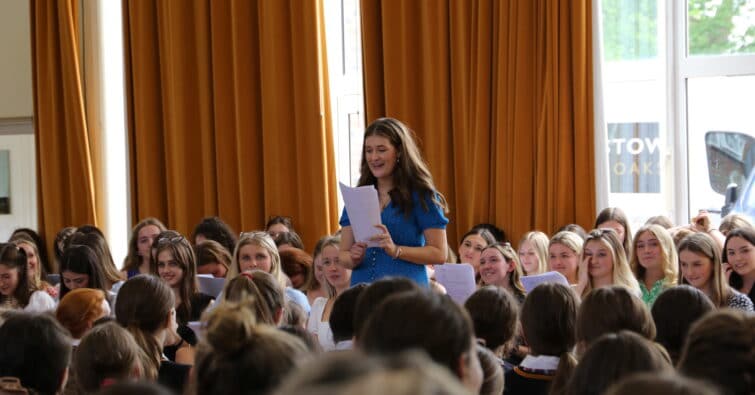 “Make the most of your time at Wally because it goes so fast”, were the words of wisdom from outgoing Head Girl Izzy, as she led a final assembly and Leavers’ Ceremony on Friday.

This event is brief but packs an emotional punch; Year 13 students stand up and tell the rest of the School about an aspect of their time here, often ‘apologising’ for previously un-broadcast misdemeanours. As they cross over to the other side of the hall, Head of Sixth Form Mrs Brown says a few words about each student.

The outgoing Head Girl Team, Prefects and House Captains then officially swap places with the incoming teams, handing over their badges as they meet in the middle. The year group is now official on study leave.

Miss Ferro concluded the event with the School Prayer, which contains the following words:

We ask that when we go out into the world, we may use what we have learnt to lead purposeful lives 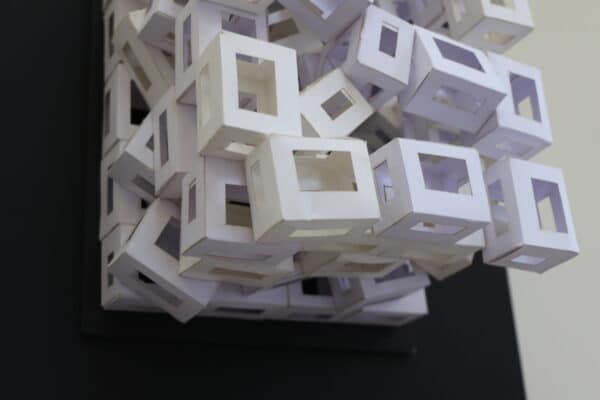 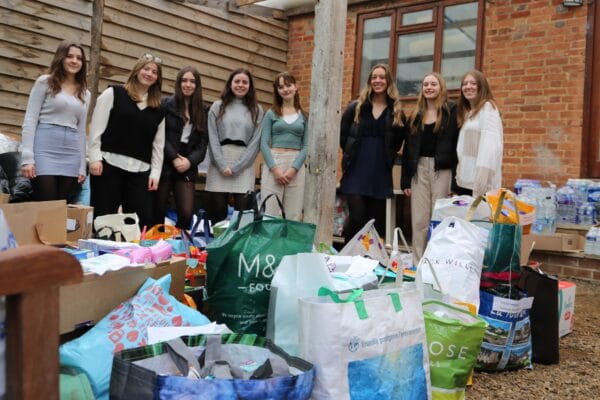 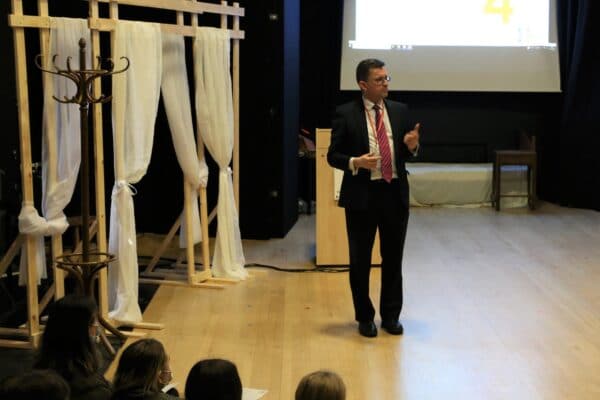