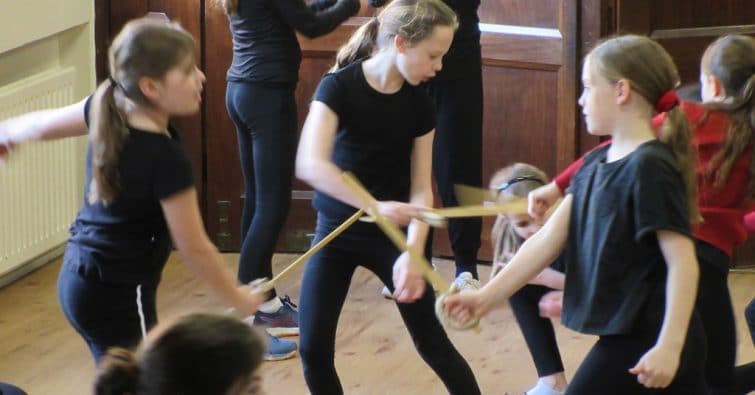 Macbeth in a day

Year 5 produced Shakespeare’s tragedy Macbeth in a single day on Thursday 14th March, culminating with a performance to parents after school.

Macbeth’s words ‘If it were done when ‘tis done, then ‘twere well it were done quickly’ were taken both literally and figuratively!

In the morning our Trinity Guildhall Drama coach Mrs Oakley, worked with the girls on Shakespearean techniques including stage fighting, dramatic dying, raving madness, voice projection and character development before setting up the production scene by scene in the afternoon.

The play was performed in the round, with girls alternating roles and everyone participating in the crowd scenes.

All of the girls excelled themselves in their teamwork, courage and preparation and the performance was outstanding.

It was wonderful to watch the girls recite by heart the powerful words of the bard and rapture to behold the fair wenches quicken the play with absolute cunning and deserving note. 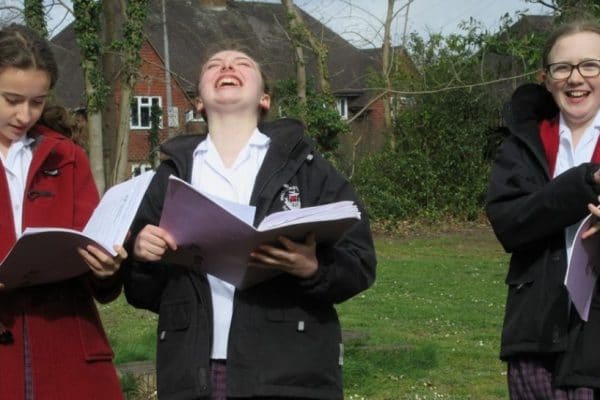