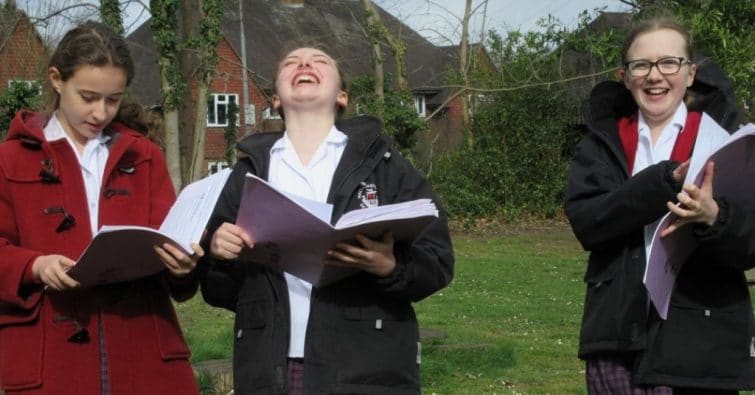 Blow winds and crack your cheeks!

Year 6 brought their Shakespeare studies to life by performing King Lear’s famous speech in the middle of Storm Gareth.

Outside in the dell on one of the windiest days of the year, they delivered Lear’s monologue where he compares the damage and madness of a violent storm to the betrayal and evil of his treacherous daughters.

Girls had previously spent time converting original Shakespeare into modern English and, judging by their performances, the girls had really understood what they had translated.