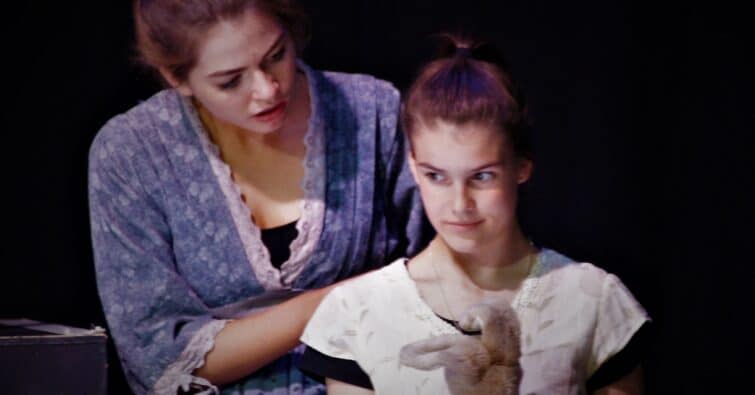 Spines were tingling in The Ship last week, when Year 10 GCSE Drama students performed their Devised Plays. All four of the pieces gripped the audience with their twists and dramatic revealing of hidden truths.

Hold Your Tongue took as its stimulus a girl holding her finger to pursed lips, which the students say they interpreted as ‘lies and tribulations’. The setting was an aristocratic family in Victorian England. Stylised movements and dream-like sequences, with the chorus whispering a child’s name, added to the theatrical magic.

My Child concerned teenage motherhood, social shame, and domestic abuse by a traumatised survivor of WWI. The theme of hidden family secrets continued with Lights Out, as family members were summoned for a reunion without explanation. The mystery deepened with the discovery of a voodoo doll – and a body. In With My Love, the audience was led to the disturbing realisation that the ‘support group’ a traumatised girl had joined was something much more sinister – a cult.

Big thanks to the Drama Department and the technical crew for enabling fantastic performances from the student actors.