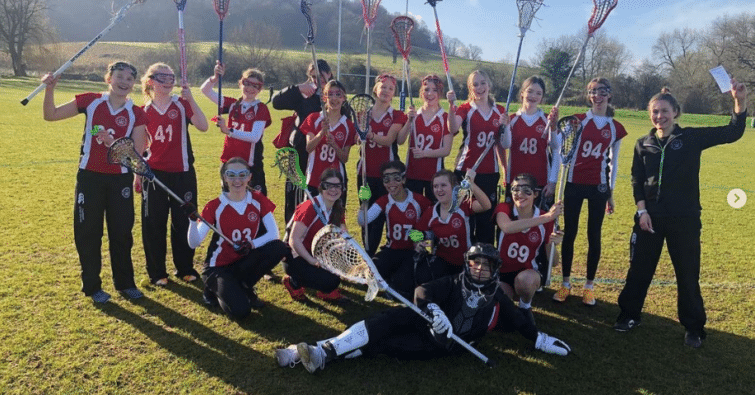 Today’s Assembly is about ‘sportsmanship’ – so what better time to review some our recent sporting achievements. 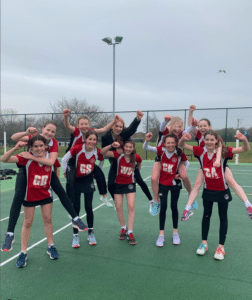 The U13 Kent netball champions

A busy time for the U13 netball team who are now Kent Champions!  32 teams competed in the County Championship last Wednesday and after a day of exceptional play, the Wally U13s remained undefeated and won the county title.  They had recently reached the Semi-Finals of the National SNS Cup and although defeated, were placed 3rd out of over 120 schools across the country.

The U14 netball team reached the Semi-Finals of the National SNS Netball Plate.

The U15 netball team reached the Quarter Finals of the National SNS Netball Plate.

The U15 B & C teams played in the Benenden Tournament on Monday.

The U16 team played Royal Russell on Wednesday and won. They played Sevenoaks School on Thursday and won that too.

The U19 netball team played Sevenoaks School on Thursday as well, and won.

The Year 8 and Year 9 squad competed in a gala against Croydon High recently and came out as the convincing winners, with 147 points to their opponents’ 112.

The U13 team won the Woodmansee Trophy at Somerhill. One Wally student finished 1st out of nearly 60 runners.

The U14 and U16 badminton teams have qualified for the Kent County Finals in April.

One of our top badminton players won a silver in the singles and a gold in the mixed doubles at the recent Kent Gold Tournament.

The U12 and U13 lacrosse teams played very well against St Ronan’s last Wednesday, both teams coming away with a win.

At Dunottar School last Saturday, the U12, U13, U14 and U15 teams were all undefeated – a great set of results.

We are all looking forward to the National Lacrosse Championship later this month and House Winter Games at the end of term.