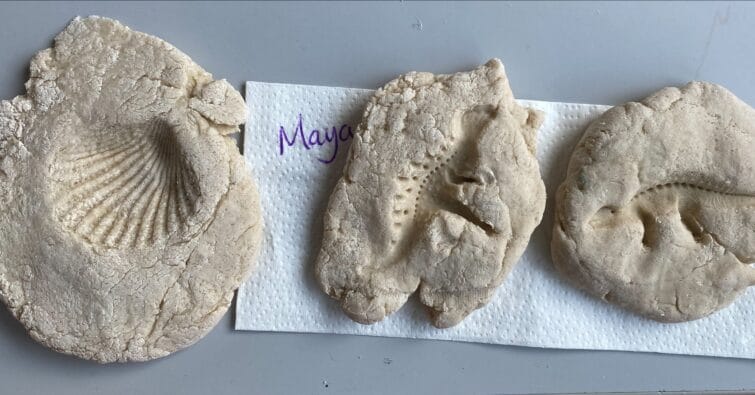 Early Years 2 have been learning how fossils are made and then ‘making’ some of their own.

Pupils learned that when an animal dies, the soft parts of its body decompose leaving the skeleton behind. This becomes buried over time and eventually fossils are formed.

They then got their fingers working to knead some salt dough before rolling it out and pressing dinosaurs and shells into it to make an imprint. Once the fossils are dry they will paint them with PVA to strengthen them.