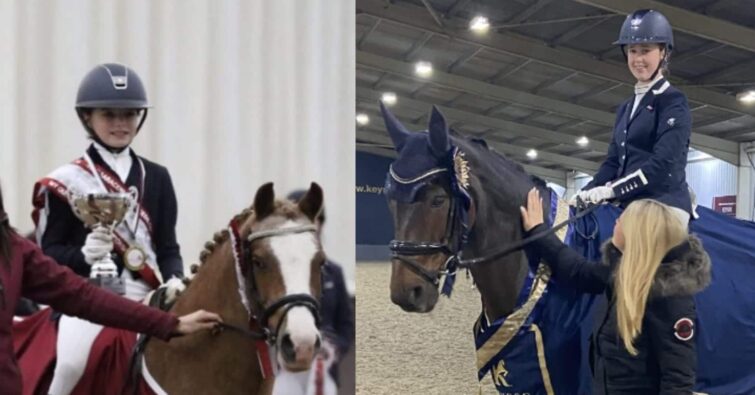 Congratulations to our two Year 9 students who have won a series of national and international dressage titles between them.

Crystal and her horse Baldovino had a brilliant weekend at Keysoe International among the Top Young Riders in the country. They won the Children on Horses Team Test on the Saturday and then the Individual event the next day.

Meanwhile Jemima and her pony Lacy Milan were competing in the British Dressage Quest Under 21 National Championships. Jemima came first in the individual competition and was crowned National Champion. She then became the top scorer for her team over the next two days, leading them to victory and the National Champion crown in the team event.

These are fantastic achievements; the students’ form teacher, Head of Modern Foreign Languages Mrs Hunt also congratulates them for competing at such high levels alongside their managing their schoolwork.