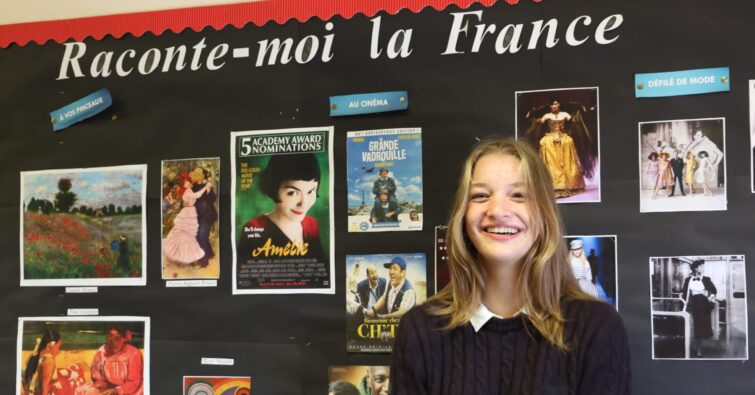 Rachel in Year 12 is the overall winner of the Modern Languages Schools Essay Prize run by Lancaster University. There were 84 entries across five different languages to the competition this year, from schools across the UK, Europe, Africa and the Middle East.

The title of the essay was “Is internationalism important in the twenty-first century?” and Rachel wrote a very thoughtful and original answer to this in French.

Internationalism is not just a concept for Rachel; from a young age she has travelled with her parents as they worked on charity projects in their holidays, in places such as Ecuador (helping earthquake victims), Vietnam (working with victims of Agent Orange), Japan, Cuba and Guatemala. She says her family loves to learn not just the language of the country, but also the food, religion and customs. She concludes “there is no one standard measure for a way of life”.

Rachel is studying Maths, Further Maths, Physics and French at A Level and hopes to study Astrophysics at St Andrews University.