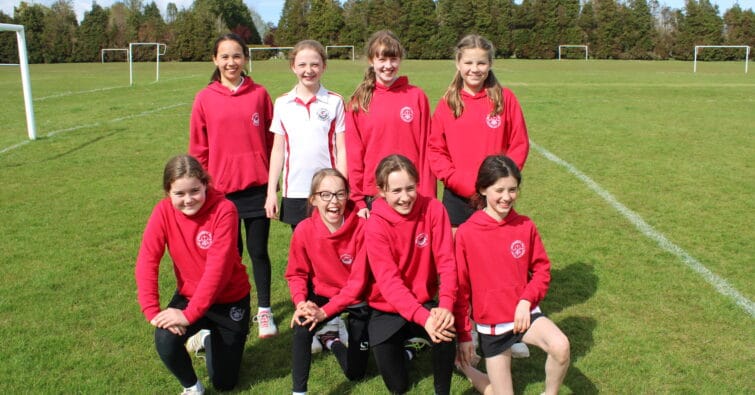 Half of Year 6 went to Bayham Fields in Tunbridge Wells for their first matches of this year and scored a double win in an impressive athletic display.

Pupils took on The Mead School in two cricket matches. The Red Team won by 16 runs with a score of 225-209. Annabel hit an incredible three wickets in an over and Imogen and Emily both hit four 4s in a single over. Player of the Match was awarded to Isabel for all round great play.

The Blue Team won by 48 runs with a score of 274-226! Eva was awarded Player of the Match for winning two wickets in an over.

We can’t wait to see the rest of Year 6 compete after half term.