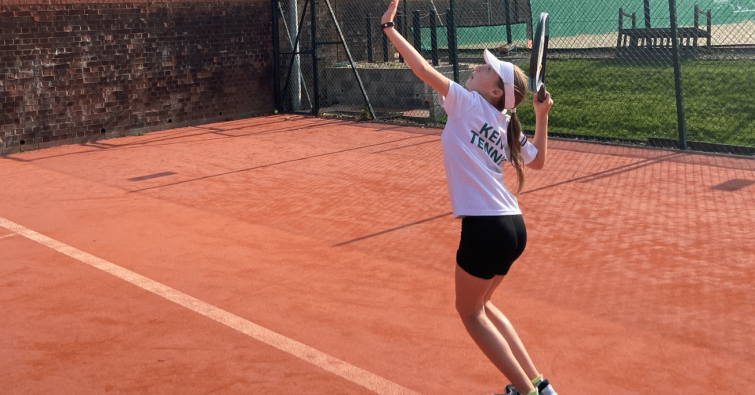 Our tennis players are loving being back on court now that national competition has resumed.

Bella in Year 7 played at a national level 11U event in Northampton, where she won nine out of 11 matches, coming third in her draw.

She also competed at the 11U Kent county invitational girls singles – this year’s county championship, for those who take part in Kent county training. It took place at The Parklangley Club in Beckenham, where Bella won every match she played – winning the event overall.

This month, Bella tested herself against some older girls and was runner up in an U14 competition, narrowly losing to the Number 1 seed in a final set tie break! Congratulations Bella, your progress is fantastic. 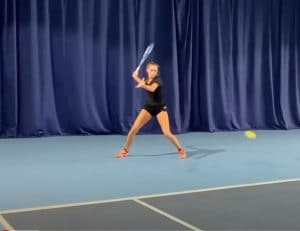 At the top end of the School, Tabitha in Year 13 is delighted to start competing again. Rankings were frozen over lockdown so Tabby can now continue building on her UTR (Universal Tennis Rating) ahead of her application for a US university sports scholarship in 2021.

She explains why she is so keen to get to the States: “I just love tennis, and going to the US is probably the best route to playing at a high competitive level. I’d love to go to Florida State, or California, but it’s ridiculously hard to get there. Basically, anywhere sunny!”.

Tabby trains for up to two hours every day, with an hour of gym on top of that. “What’s good about Wally is they do let me out to go and train during the day. My PE teachers are really supportive, everybody really helps me.” 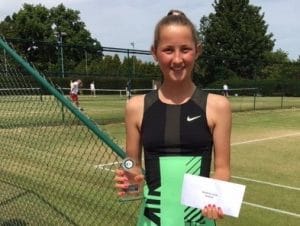 Nina in Year 12 has competed at County, Regional and National level throughout her time at the School. This summer, when competition stopped, she was hitting with the younger top juniors from the area. She is now balancing her prowess at tennis with her commitments with the U19 England lacrosse squad.

All this demands a rigorous fitness programme which Wally can facilitate.

Nina says the School is very supportive: “I was allowed out to compete at National Level and I’m allowed to have tennis lessons in school time on the School courts.”

Good luck to all those aiming so high!