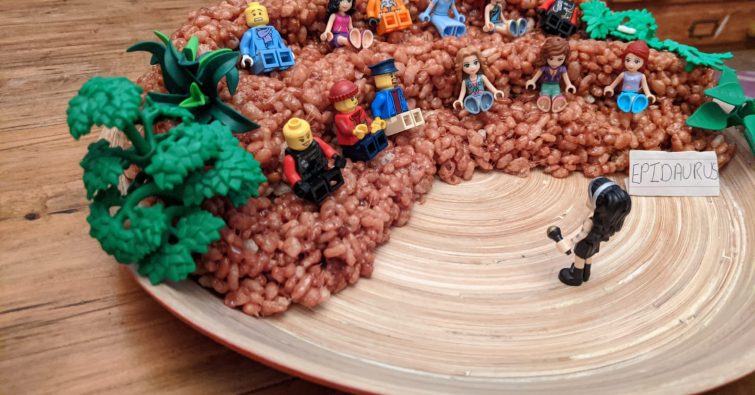 When in Rome (or Athens)

The Classics Department have been busy setting Latin and Classical Civilisation students optional challenges for this half of the Summer term where students bring their knowledge of Classical Greece and Rome to life in model form.

Year 7’s challenge is to make a 3D model of a Roman Theatre based on the layouts they’ve been learning about. They are free to include actores in scaena and some spectatores in theatro! Year 8’s have a similar task, but to make a model of a Greek Theatre rather than a Roman one and Year 12 students can make either a 3D model of a Roman temple (Latin students) or a Greek temple (Classical Civilisation students).

The models can be made from any material (including cake, like Lola in Year 8’s theatre in the picture). Once completed, students are asked to send a photo of their finished model to the Classics Department. The closing date for entries is 31 May and the Classics department will be awarding prizes! Full details are available on Firefly.

To fire students’ imaginations here is a short film made by Vivienne in Year 9. Year 9 Classical Civilisation students have been researching Roman Dinner parties and as part of her optional extension work Vivienne made this brilliant stop-motion short film, using a material which the Romans would have made great use of.