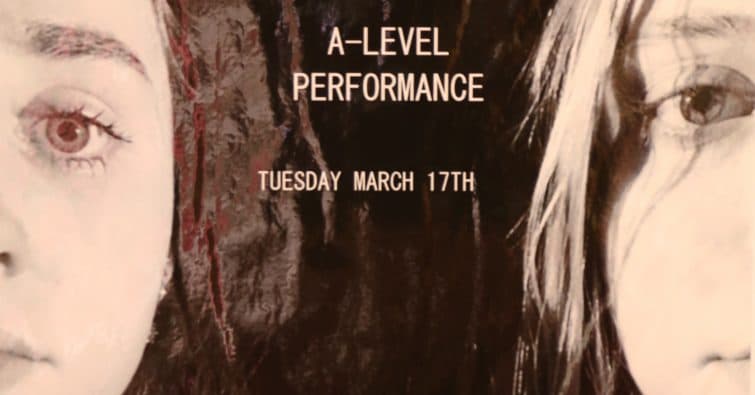 We were on the edge of our seats at last night’s Year 12 Devised Drama plays.

The A Level Drama students’ task was to devise a performance based on their studies of Federico Garcia Lorca’s The House of Bernarda Alba, while following the naturalistic style of theatre practitioner, Stanislavsky.

The result was three short, but intense, visceral performances which took us from rural Ireland, to the Great Depression in New York, to a claustrophobic basement. Each scenario featured a controlling or abusive parent and a dark secret. The audience leapt out of their skins on a couple of occasions!

The standard was so high, it was hard to remember that what we were watching had been devised, written and directed by the Sixth Formers themselves.

The audience was restricted for these examined performances.