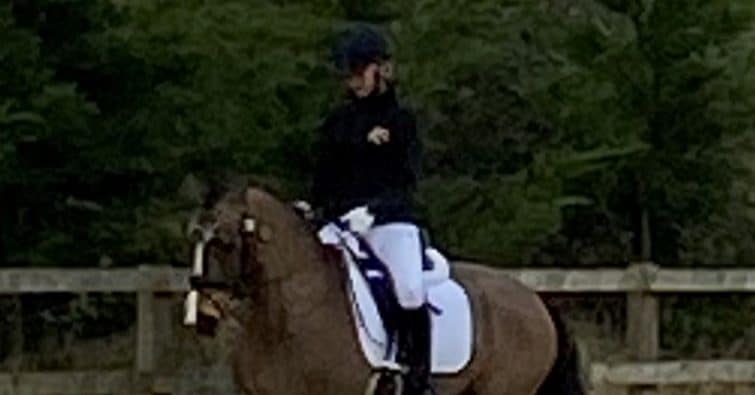 Congratulations to Year 7 Crystal who represented the School to win the Elementary 50, the highest category of dressage competition held by the National Schools Equestrian Association.

Crystal and her pony Rebel Starr II were up against four others – not many compete at this level – all of whom were several older than her.

Crystal’s win at the NSEA National Schools Qualifiers takes her through to the national stage of the competition at Addington in November.

This will help her in her aim of returning to the inter-regional team, British Dressage Southern with Rebel Starr II and to compete at Home International.