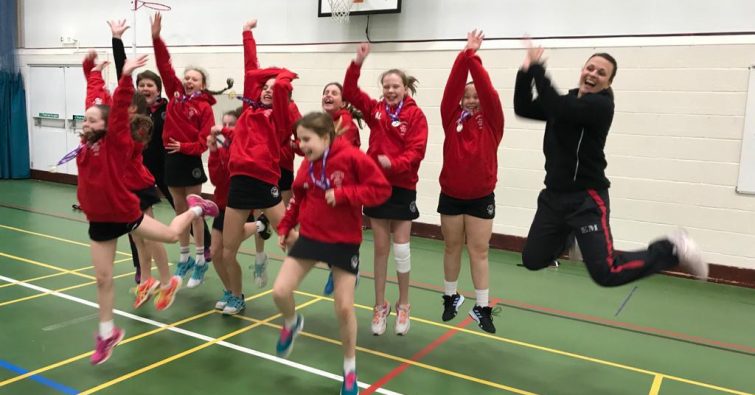 Many congratulations to our U11 Netball squad who scored an incredible 79 goals in seven matches to become IAPS Regional Champions on Thursday evening. This amazing feat puts the team through to the National Finals stage of the competition to be held in Dorset later this month.

The U11 IAPS Netball Team set off for Kent College on Thursday morning for the Regional Finals. On arrival we were thrilled to hear that the tournament had been moved indoors due to the awful weather.

First up we met Vinehall and kicked off an amazing day with an 11-1 win! We then continued the winning streak to beat Royal Russell 6-1, St Michael’s 13-5 and Ashford Prep 12-7. This saw us top of our group and into the Play Off stages, where we were up against Caterham Prep and again played brilliantly to win 13-8. Next up were the Semi-Finals where we were to play Holmewood House. After an anxious wait the girls took to court and were incredible, seeing themselves 9-3 up at half time. The talent of Walthamstow Hall continued to shine through in the second half, with a final score of 16-7 to Wally! At this stage we knew we were through to National Finals but needed to play one more game to find out our placings. In the final we met Ashford again and what a game! We flew out the starting blocks taking the lead 9-3 at half time. There was no stopping the girls in the second half, they turned over ball after ball and scored countless goals to win a truly remarkable 18-3!

We can now officially say that Walthamstow Hall U11 IAPS Netball Team are Regional Champions and are off to the National Finals at Bryanston School in Dorset and we are thrilled!

Mrs Cameron and Mrs Vickers could not be prouder of what the girls have achieved; years of hard work has paid off! You are all AMAZING and are all our Players of the Tournament! Thank you to Kent College, Pembury for hosting such a fantastic event!