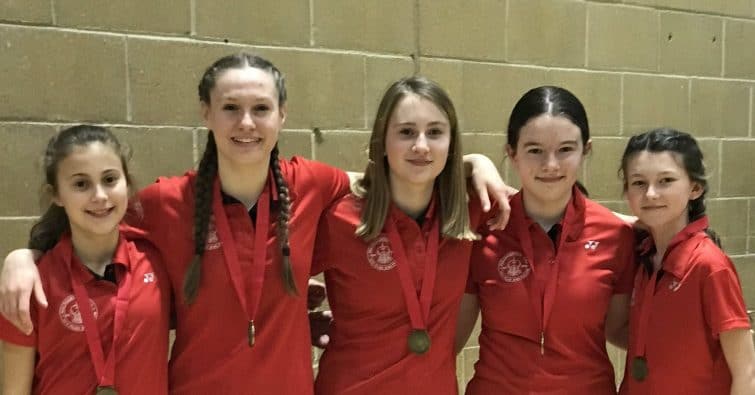 Many congratulations to our U14 badminton team, who won gold at the South East Regional Finals of the National Schools Badminton Competition.

It means that Eleanor, Lily, Elena, Annabel and Estelle will compete at the National Finals in May.

Congratulations also to the U16 team who came away with bronze medals from the event at Guildford Spectrum on Thursday 27th February. They had a narrow defeat in the semi-finals, giving them 3rd place in the South East region.

This will be the third year in a row that Walthamstow Hall sends a team to the National Schools Badminton Finals – winning the national title in the previous two years, so no pressure!

Congratulations and thanks must also go to coach Jo Muggeridge for her commitment to developing badminton at the School.