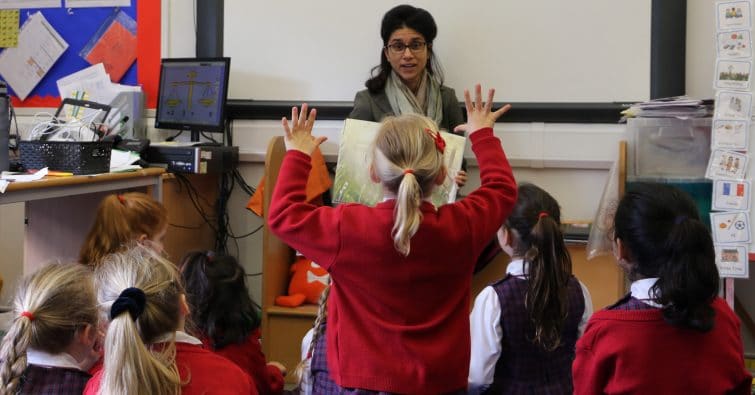 Miss Ferro read the story of The Piano and the Bear to Year 1 this morning, before leading the Junior School assembly.

The story tells of a bear who finds a piano in a forest and ends up playing to packed concert halls in New York, before realising he misses home and returning to the forest to play for his family, “the most important audience of all”.

Year 1 pupils enjoyed doing actions to the story, especially the part where the audience applauds the bear’s piano playing.

The whole School was then serenaded on the piano as they entered the Hall for their Celebration Assembly. Head of Instrumental Music & Performance, Mr Wallace, played Your Song, by Elton John, chosen by Alice and Anna in Year 6 as their Composer of the Week.

Pupils read Alice and Anna’s research on Elton John on a screen in the hall, before a quick quiz – did you know Elton John won a Scholarship to the Royal Academy of Music aged 11?

Miss Ferro then took the Celebration Assembly, focusing on the Leap Year, before recognising pupils’ achievements by giving out awards and certificates. 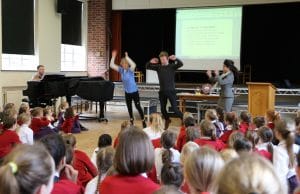