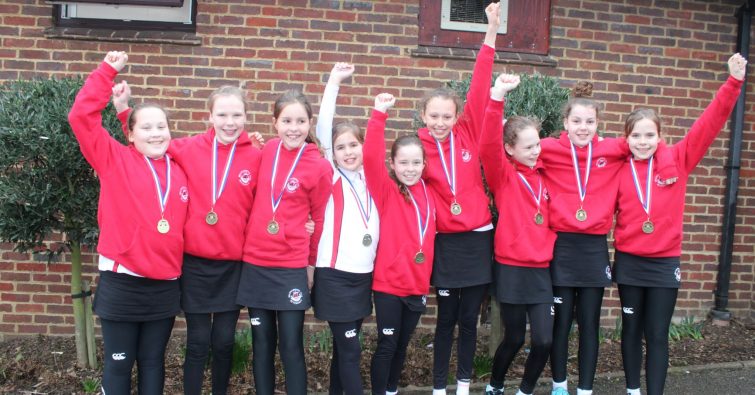 Our U11 netballers are champions after winning every game in the Ashford Prep School Tournament on Monday 3rd February.  The afternoon was part of their training for the U11 IAPS events.

The team dominated from the start and ended with the following score card:

The pupils voted for their Player of the Tournament, which was awarded to Esme for great work as Wing Attack and the Coach’s Player went to Lucy for her fantastic shooting.

Head of PE at Walthamstow Hall Junior School Mrs Vickers said “it was an incredible afternoon of netball by the whole squad, we are immensely proud of you all!”.