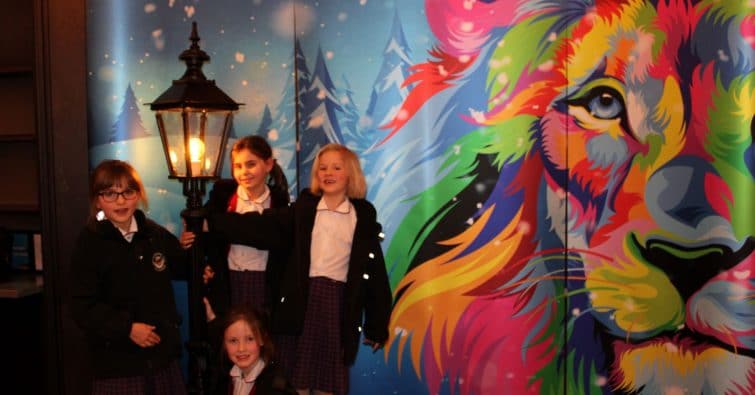 Year 4 have enjoyed a production of The Lion, the Witch and the Wardrobe at the Bridge Theatre in London.

The book was one of their set texts in the Autumn Term, so it was a great experience for them to see a dramatisation of a novel they are so familiar with.

This critically acclaimed production did not disappoint and the pupils were spellbound throughout the performance.

‘It felt as if it was real!’ Alexia

‘It was so good. It was jaw-dropping!’ Khaysha

‘The tricks were really believable. I was so amazed when the Turkish Delight and steaming hot chocolate appeared from the floor!’ Keira

Afterwards, they had dinner at Côte in Hay’s Galleria where the restaurant staff commented on how polite they were.  A fantastic end to a wonderful day.