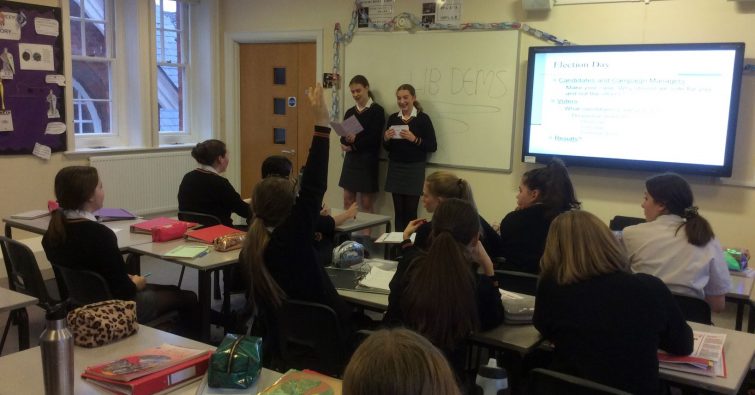 Year 9s voted in their own general election this week, after candidates set out their party’s policies at hustings.

Votes were counted according to the students’ constituencies, with results as follows:

Meanwhile, three more Year 9 Wally politicians have been sorting out the Berlin Crisis of 1961 at their first attendance at the Model United Nations. Natalie, Katie and Elizabeth argued their case as French delegates, at the weekend event.