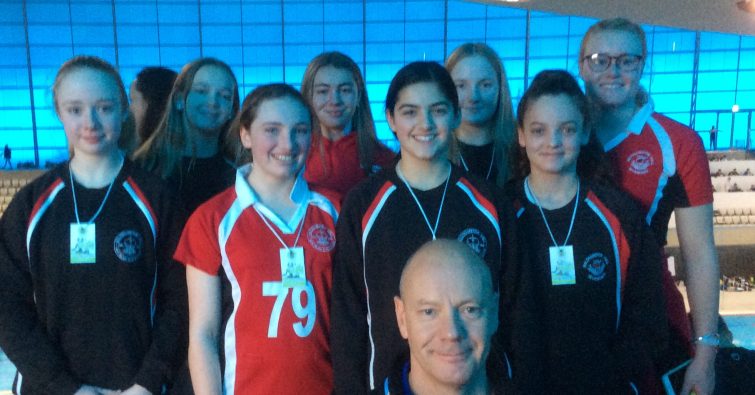 The Senior School was represented in the Junior and Senior age groups at the English Secondary Schools Association (“ESSA”) National Relay Championships on Saturday 16th November at the London Aquatic Centre.

The Juniors relay team (Fern, Caitlin, Millie and Gabriela) was seeded 30th and came 29th which is a great achievement for the team.

Well done to all of our swimmers.

Congratulations to the U18 squad who played Caterham on Friday 15th November with 1 win and 1 loss in some terrible weather conditions.

There was good play from the U12 and U13 teams at the Abbots Hill tournament on Saturday 16th November.

The U12s came 3rd in their group and finished in 5th place out of 16 teams.

The U13s came 4th in their group and finished in 8th place out of 16 teams. Most Valued Players went to Abi and Lizzie.

Excellent results in the fixture against Benenden and St George’s Ascot on Saturday 9th November, resulting in 8 wins, 2 draws and 2 defeats.

Similar success on the netball courts at Benenden where there were 28 matches in total, resulting in 18 wins, 1 draw, and 9 defeats.

The Junior and Intermediate squads both qualified for the English Schools’ Regional Finals on Saturday 9th.  The standard was extremely high, the Juniors came 7th and the Inters 11th.

Special mention to May who stepped in to ensure the Inters had enough runners.  Also congratulations to Lily and Sophie who both achieved individual 1st places in their age groups.

Congratulations to Holly in Year 11 who reached the Girls Doubles finals in the U19 international competition held in the Czech Republic over the weekend.