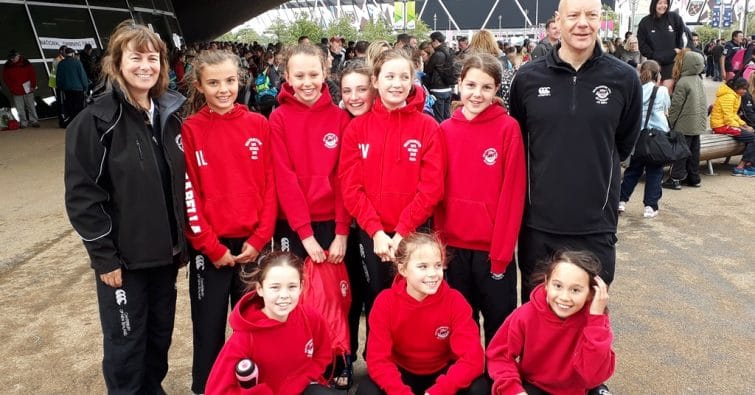 Our Year 5 and 6 swimmers enjoyed a thrilling and successful day of individual and relay competition at the IAPS National Finals held at the London Aquatics Centre, Stratford on Saturday.

On Saturday the 8th June the following girls represented the school in the IAPS National Finals at the London Aquatics Centre, Stratford.

These girls competed in the U/11 category and performed exceptionally well taking off a further 4 seconds from the time they posted in the qualifying round in the medley relay. A really good effort and result from all who represented the school in this event.

These girls competed in the U/10 category in several events.

Both events were swum superbly by the girls and it was only the finest of margins that separated the top 8 fastest times on the day.

The individual events followed the relays and Walthamstow Hall was represented in two of the U/10 individual events. Firstly Sophie Cr swum in the 25mtr backstroke followed by Sophie Ca in the 25mtr freestyle and both girls made it through to the finals. However, due to several competitors posting the same time in the heats of the freestyle event, Sophie Ca had to swim an additional race in a swim off (which she won) before going through to the final. Once again both girls improved on their entry positions for the finals with Sophie Cr finishing 4th in the 25mtr backstroke and Sophie Ca finish 7th in the 25mtr freestyle. This brought an exciting and successful day of competitive swimming to a close.

Well done to all the girls who competed exceptionally well amongst many of the best swimmers from around the country, a truly fantastic achievement by all who took part.