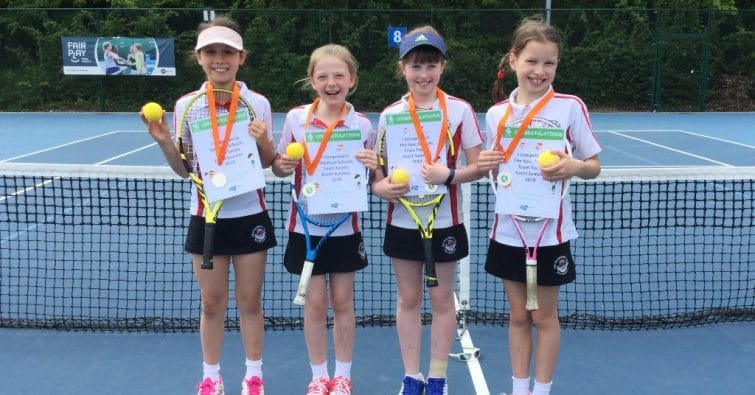 Congratulations to our four girls who have won silver medals at the Kent Primary Schools Tennis 9U competition.

They won their first three matches comfortably against Granville 2, Bromley High School and Deal. They then beat Amherst in the semi finals to meet Granville 1 in the finals.

After some hard-fought doubles and singles matches, Granville 1 won the day and the Wally team were runners up.