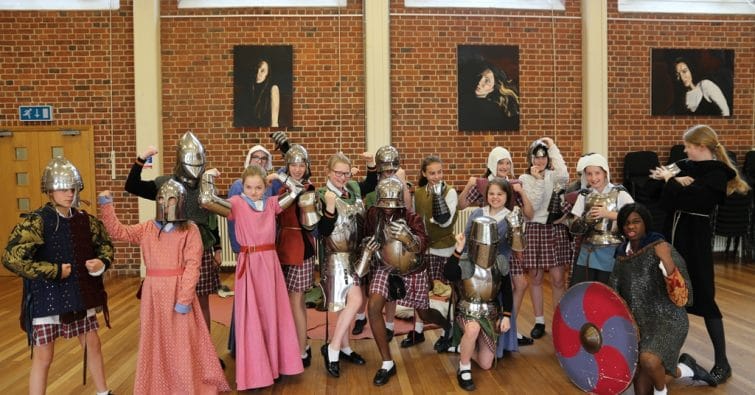 Year 7 dressed up in character for a morning of sobering facts about life in the Middle Ages on Wednesday 1st May.

Making money, the importance of the church, social hierarchies, plague, warfare and medicine were all incorporated in a morning of story-telling and role play.

An eye-watering display of objects helped recreate the long ago world; just how uncomfortable is it to wear breastplate armour in battle? Which shape blade works best for the subsequent amputations? Can you mix a potion to fend off the plague?

Safe to say, the students left the Main Hall thankful they live in the 21st century.