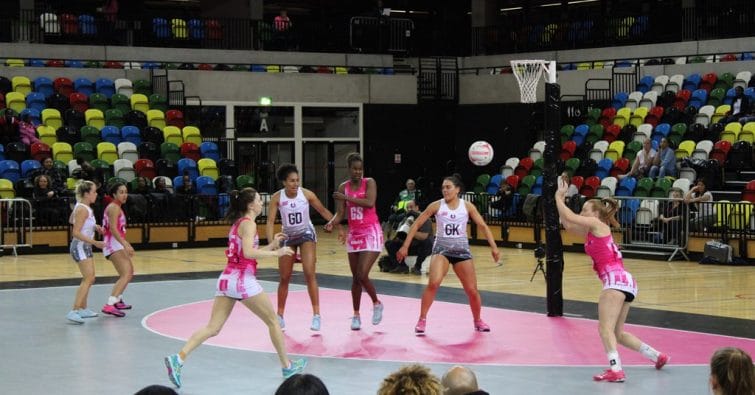 Girls had their eyes opened by a brilliant display of netball at the Copper Box Arena in London on Saturday 27th April.

They saw London Pulse take on Loughborough Lightning in a highly competitive match, before meeting some of the Pulse players for photos and autographs.

It’s safe to say both girls and staff were in awe of the high standard of netball and the incredible height of the players – most of whom were over 6 foot!