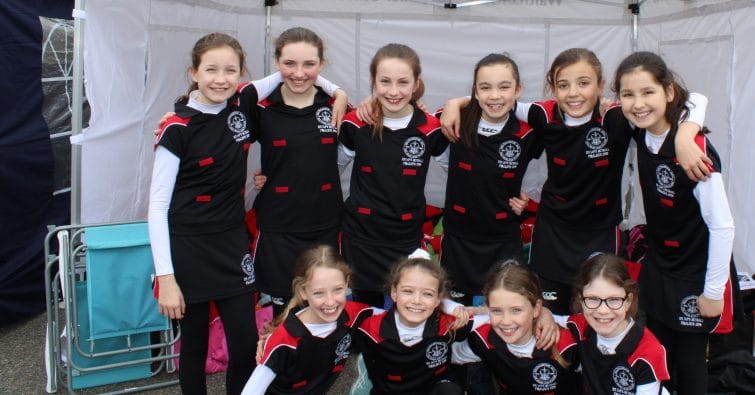 Congratulations to our U11 IAPS Netball Squad for a day of fantastic play at the National Finals in Epsom on Thursday 21st March.

The mini bus was a frenzy excitement as we made our way to the venue. On arrival we set up our gazebo and went on court to warm up.

Our Captain Hattie and Vice-Captain Jemima did a great job of doing the toss with the opposition, winning us several first centre passes. Our first match was against Littlegarth, seeing us draw 5-5. Our second game was against Newland House where we put on a strong performance, winning by a convincing 7-3. Following this we had a tough match against Kings St Albans, which we sadly lost 2-4.

The girls did not let this phase them and came out fighting in their fourth match against Perse to win an incredibly close 7-6. Next up we had Hoe Bridge who were an amazing team, sadly beating us 12-3. For our penultimate game we were up against Bute House, who we knew were very strong and beat us 17-1 and were later crowned the runners up of the tournament.

Finally we played Bablake which would decide if we went through to the plate competition. The girls gave it their all, digging deep for every last bit of energy they had left but unfortunately lost 4-7. All the girls were incredibly gracious in defeat and congratulated Bablake on a great performance.

Throughout the day the girls were full of energy and had fantastic team cohesion, supporting each other throughout. We can now say we are in the top 30 schools in the country out of a huge 290 that entered, a truly amazing achievement and one that has never been done by Junior School girls before.

Well done to our incredible squad on setting the standard for future year groups and always working hard no matter the result, we are so proud of all of you and your Wally spirit. A big thank you goes to all the parents for their ongoing support with early morning training sessions and cheering from the side-lines, we couldn’t have done it without you.