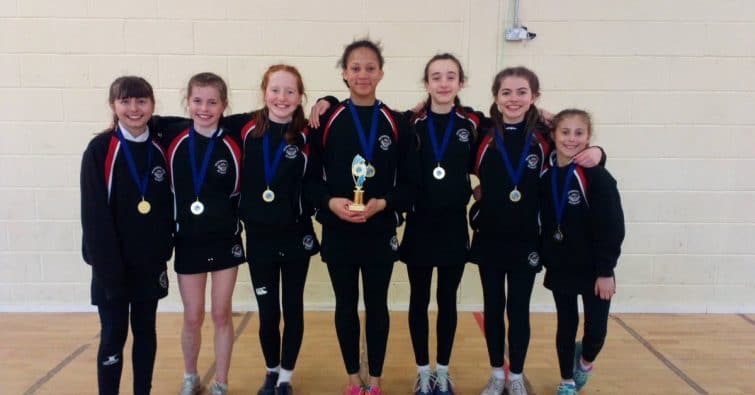 The U14 and U16 teams competed at the English Schools Regional Finals on Thursday 14th March. The U16s: Holly, Rosie, Hannah and Annabel finished 1st and qualified for the National Finals. The U14s: Sofia, Eleanor, Lily, Annabel and Estelle finished 3rd. See the full, separate report on this website.

The U14 and U15 teams played at Abbots Hill in a tournament on Saturday 16th March. Congratulations to the U15s who came second.  The following received medals: Sophie, Cara, Isobel T, Isabelle S, Edith, Scarlet, Isobel S, Sophie, Scarlet, Annabel, Nina and Georgina. The two voted ‘Most Valuable Players’ of the tournament were Elizabeth and Sophie.

Congratulations to the students who competed at the Supercounties finals on Sunday 17th March, after being selected to represent the South East: Molly, Tilly, Amelia and Nina.

More than half of Year 7 travelled to Condover Hall in Shropshire for a weekend of netball. The A team won the whole tournament, congratulations to: Eva, Millie, Amber, Lily, Elena, Imogen and Elizabeth. Most Valuable Players were: Lily, Emily, Hattie, Estella and Maddie. See separate report.

Madeleine in Year 13 competed in the English Open on Saturday 16th March. She took part in two competitions: patterns and sparring. Madeline won silver in sparring, making her the runner up English Champion for her belt and weight division.