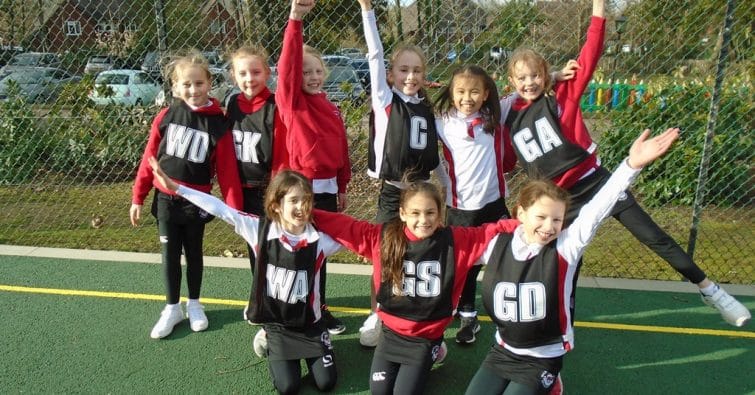 Team Cameron came out fighting from the first centre pass and continued to build on their score throughout the game to win 11-3. Well done to Imogen Sm who was awarded Player of the Match for her excellent defending and movement.

Team Vickers saw some outstanding shooting from Ava P, Isabel F and Darcy to win 8-3 and the movement down the court from all the girls was excellent. Darcy was awarded Player of the Match for her super movement, shooting and for her defending as GK. Well done girls!