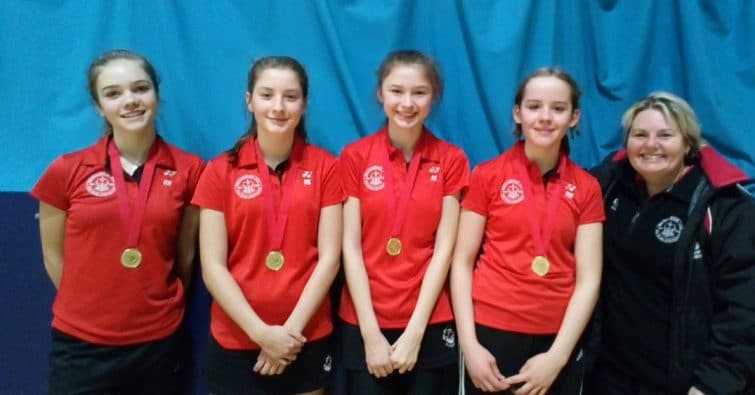 The Walthamstow Hall U14 and U16 badminton squads travelled to Guildford on 14 March to compete in the English Schools Regional Badminton Finals. Both teams had already won two previous rounds to get this far.

Both the Walthamstow Hall U14 and U16 teams came top of their groups in round 1, to enter the semi-finals in high spirits.

The U14s came up against a strong team from Nonsuch High School and although they fought hard they were defeated 3-2. The girls showed great sportsmanship at the end of this match, as they went over to congratulate their opponents and wish them good luck for the final.

The Walthamstow Hall U14s went on to play Downlands in the third place play-offs, which they won to achieve bronze medals!

The Walthamstow Hall U16 team, who are currently National Champions, were victorious in the semi-finals against Heathfield and went straight through to the finals where they came up against Dr Challoners in the final – a tough challenge as they had already lost to them in the first round.

The U16 finals were extremely tight, with the score reaching 2-2 and the deciding game being the last doubles match.

The U16s will now go on to represent the South East at the National Finals in May.