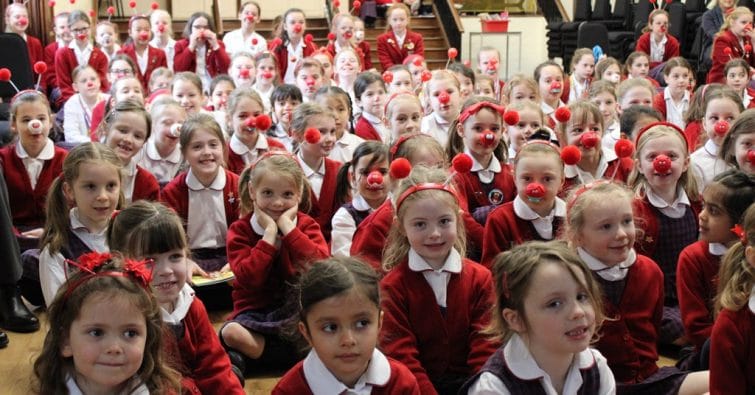 The girls began their day with an assembly led by Mrs Vickers which opened with some hilarious jokes from some Year 6 girls.

We all felt very lucky when hearing Farhad’s story of moving from Iran to Serbia with his family so they could be safe.

The girls learned that their £1 donation could provide a hot meal for a homeless person in the UK and £3 could buy colouring pencils, paints and paper for a child living in a Serbian refugee camp.

This afternoon sees the teachers take on the Year 6 IAPS Squad in their annual netball match, we anticipate a highly-contested and competitive game!