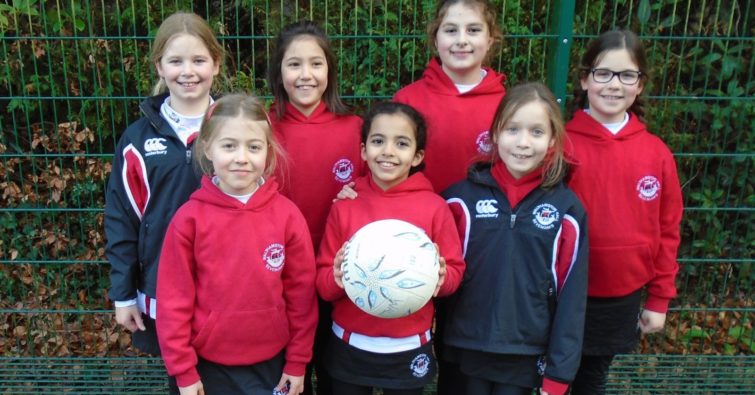 U10 Netballers win 4 out of 4 matches

Team Hatcher had a tough start with Granville starting the game in a very determined fashion. Walthamstow Hall girls came out fighting in the second half winning 21-6, scoring 9 goals in the last quarter! Sophie Ca was awarded the player of the match for her tenacious play, whilst Flora and Ella shone defensively, making numerous interceptions. Emily F also displayed excellent speed and awareness in the circle in particular.

Team Vickers displayed great athleticism also winning with a score of 11-4! There was some fantastic shooting from Lucy L, Electra and Anna E and some very impressive movement from the whole team, who had great cohesion and determination. Player of the match was awarded to Abigail L who helped out Team Vickers this week.

Team Pattison were also very successful with an impressive victory of 15-8! The girls created great space down the court, both attacking and defending brilliantly with Olivia Y being named Player of the Match for her super shooting.

Team Nicholls showed great improvement, turning over many passes and to gain possession and win 3-2. Player of the Match was awarded to Gemma for her great movement and shooting.

A big thank you also goes to the girls in Team Nicholls who stepped in to help Granville who were short of players.

Well done to all the girls on a fantastic afternoon of netball and four great wins!