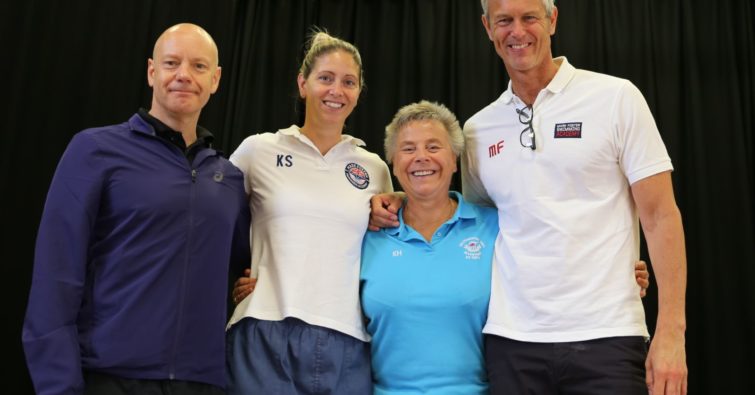 Be The Best You Can Be

Senior School assembly was an inspiring event this morning; British swimming stars Katy Sexton and Mark Foster came to help us say goodbye to Wally’s Head of Swimming and Lacrosse, Kate Howlett, who is retiring after an incredible 37 years at the school.

Mrs Howlett has passed on her love of sport to generations of Wally Hall girls and has been a reassuring presence to hundreds of younger students in her time as Head of Lower School.

Mark presented Mrs Howlett with a bouquet of flowers and then spoke about his own journey to success, from learning to swim aged 5, through his 23-year career which saw him represent GB at five Olympic Games, set eight world records and bring home 51 international medals.

Katy Sexton is already familiar to some members of staff, because she opened our sports hall back in 2008. She became the first British swimmer to win a World Championship title (“She brought swimming home”, joked headmistress Stephanie Ferro in her introduction). Katy represented GB in two Olympics, four World Championships and three Commonwealth Games.

Mark told students and staff that “if you aim big, you never know what’s possible”, and even if you don’t achieve exactly what you set out to, you can still get to be the best version of yourself.

Mark and Katy then spent the day in school coaching members of the Junior and Senior swimming squads.